This was a post requested by the lovely Katie Krongard. She is preggo with #2 and wanted to know about bringing home that second kid. I also have 3 of my 4 bridesmaids pregnant with their firsts so I figured there are some general nuggets of info they would like to know as well about coming home in general.

Bringing home a baby is a form of mental Olympics whether it is 1 or 4 babies. There needs to be adjustment. You have to find a new routine…it’s a challenge for all. But this is where I say you gotta speak up. Don’t over do it. If you feel awful, tell someone. Most people will move mountains to help. Your job is to heal and feed a baby. Everything else is gravy but you have to put on your big girl panties (you know the mesh ones from the hospital? those.) and speak up. You would like a sandwich. You would like your mother to do the laundry. You want to run the errand to get hemorrhoid cream to get out of the house for 10 minutes. Say what you mean. This isn’t a time to pussy foot around. You usually have an army of friends and family asking to help. LET THEM HELP but decide what level you are comfortable.

If you want to hold the baby all the time and let them do other stuff, tell them that. If you want to get outside, tell them that. Tell dad to take the big kid grocery shopping. It’s hard to read our minds on a good day but now slam that full of wacky hormones and people don’t know what you want. This is like your free pass to be bossy as hell…use it. That army isn’t gonna be waiting around forever.

“Kristi from Facebook: Say yes to any help offered regardless of who it comes from and no drastic changes to #1’s routine.”

Less Attention for Everyone

Most moms are really worried about the fact that their precious snowflake won’t be  getting as much attention. Well they aren’t. Can’t lie there BUT my piece of advice is STOP WORRYING ABOUT IT. It isn’t something that you can perfect and make better with more planning…nope. It is sheer amount of minutes you have now has to be divided. Make that mental jump and come with me. It’s ok. Big kids don’t need your undivided attention all the time…I see that as unhealthy and going to lead you to a mental break down at some point. I already make the case for independent play no matter if you are bringing home more kids or not. I know that comes from being a working mom and knowing he is sharing and playing with other kids the majority of his day…he needs down time. It’s fun to watch their imagination blossom and independent play is ground zero for that.

And let them watch TV(ya know…if you do that). Stop feeling guilty about it. When you have had 3 hours of sleep and a sleeping baby on your chest, SCREW PLAY DOUGH AND PAINTING. This is TV time. It won’t be like this forever. Promise. Right now, you survive. I can’t stress enough to let the guilt drip off. You will feel guilty about other crap in the moment…you don’t need this part. It’s a phase. Life will resume.

Take Care of You

@mannlymama sit down! You can't do it all, even if you try, and it will just make you tired and grumpy.

Some of your already have a problem with this with just the 1 kid. Just because you birth babies doesn’t mean you aren’t still a person. You have needs and wants. Denying yourself things “for the good of the family” often backfires. You get touched out. You get short with the people you love.

It’s ok to be selfish. 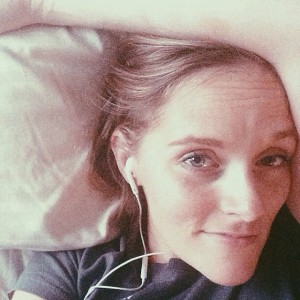 In a world where EVERYONE needs you, you need you. I have to speak generally here since I don’t know YOUR situation but if you have a partner, they need to help out. Just as I noted above, don’t beat around the bush about what you want. Be up front. “I think we need a date night.” “I would really appreciate it if you could take both kids out for a few hours so I can take a nap” “Can you be on night duty?”. For 1 or 10 babies, you need to think about yourself. Some spouses are going to take this differently, so be proactive. Start talking BEFORE the kid comes home. They are gonna have to put on their big boy/girl pants.

@mannlymama don't lose track of you. Kids are time consuming & needy, but you need to take time for yourself. Everyday.

And to point out Ryan’s tweet above, let Dad have alone time too. Let him play video games while holding the baby. The baby will be fine and he releases some tension. You go for a walk. Openly discuss ability to “go out”. An hour to have dinner with a few friends can recharge anyone. Be gentle with one another when you can. Tensions are high a lot…build in some cushion.

I also found making a goal for myself to be helpful. “This weekend I am going to go to Target alone.” or “I would like to run/walk for 30 minutes.” You can’t really plan girls nights and such with a fresh baby so make little goals. It gives you something to look forward to when times get overwhelming. Sometimes that is just waiting for your husband to get home. It worked for me some days..even if that was “wait until there is another adult in the house so you can drink”.

Now I can say these overarching themes but until you bring that sucker home, you can only theorize and remember those. Some of you are just as type A as me and you want SOMETHING I CAN DO NOW. I get it.  So here are a few:

@mannlymama don't be too good for pre-prepared frozen meals. Give yourself a break on the cooking for a few weeks. Transition is hard.

So there we go. A round of knowledge I am pulling from 20 months ago (YOU GUYS MY BABY IS 20 MONTHS!!!!) so help fill in what I am missing, seasoned mamas.

My Child the Chatterbox

The mother of all entries

6 thoughts on “Bringing Home Baby to Your Baby”