about us building a better you facts about Kevin facts about landon facts about me facts about oliver infants married life new mommy raising kidlets routine toddlers
March 4, 2013 Brandy 10 Comments 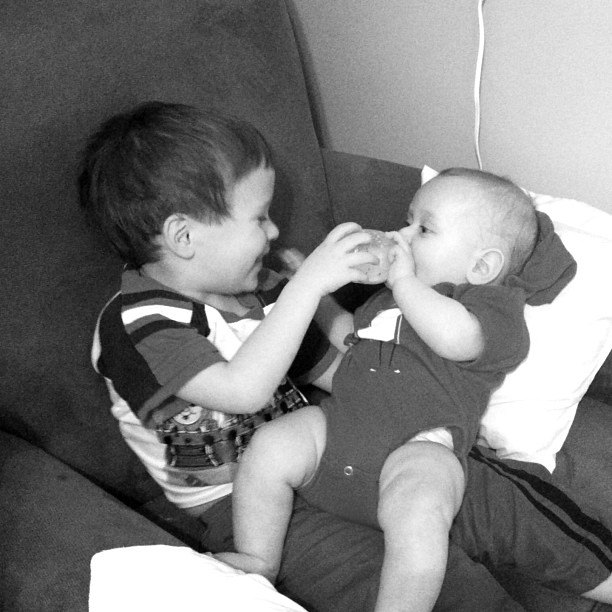 So in the wee hours of Sunday morning, Kevin was taken down by the stomach bug. #3 to fall. Ollie was 3 pukes and done. I was 1 puke and a sore couple of hours of sleep. Kevin? 24 hours of misery. Poor guy couldn’t move. So Sunday at 6:30 AM (an half hour earlier than usual), I saddled up for my first solo day with the boys. You read that right. 7+ months of a family of 4 and just NOW having to do it all alone. Lucky lady, I am. How you single parents do it…I will never know.

I got breakfast for us all and then quickly put Ollie down for nap. I made baby food and cleaned while Landon watched Thomas and played trains. Thankfully Ollie slept for a little over an hour and woke up happy…score one for the day! 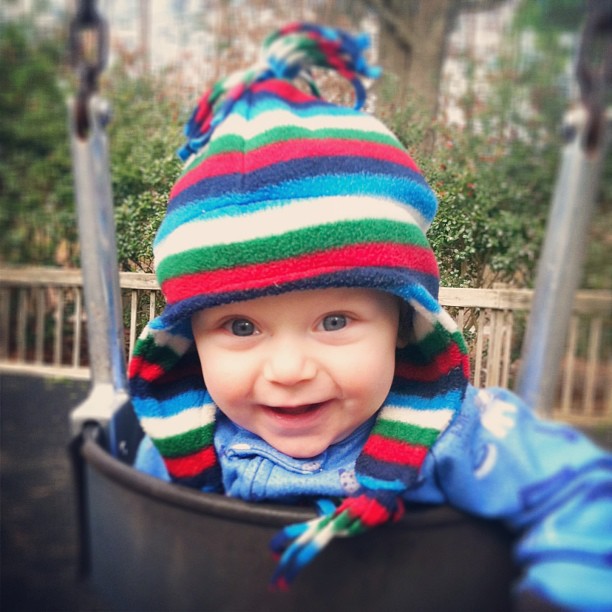 We had a play date already planned to get L out of the house so I figured I would use the extra hands to my advantage and get us out of the germs. Luckily since Ollie got up earlier, he napped earlier and was up and ready to go at 10. I bundled them up and strapped Ollie into the Bjorn complete with fuzzy hat and raccoon mittens. His BFF was there with both his parents. Eric kept track of the boys while Cara and I chatted about her bundle of joy to be coming soon. Boy moms…that is us. Ollie was happy and even got in a little swing. Landon played monsters and spun on the tire swing.  It was so fun even I didn’t want to leave. On the way home, we had to go to the store for ginger ale for sick ole dad.  This meant rushing a preschooler and a baby in a bucket into and out of the store in less than 10 minutes. ::flexes muscles:: We got home at 12:20 with no lunch and naptime at 1. OY!

So  I set  about throwing together a PB&J for L with sweet potatoes and blueberries for Ollie. Landon ate all his bites and just wanted to watch a few minutes of TV before nap as treat. While he did that, I nursed tired baby and put him down for nap. Came back down and got Landon and put him to nap. Then I washed up lunch dishes and threw in another batch of green beans for baby food. I made myself a salad and veggie pizza and watched a Netflix documentary until nap was over.

Both boys napped about 2 hours and then we were up to play and snack. We played in the floor together and Landon made sure Ollie was stocked with toys at all times while I did some straightening up. 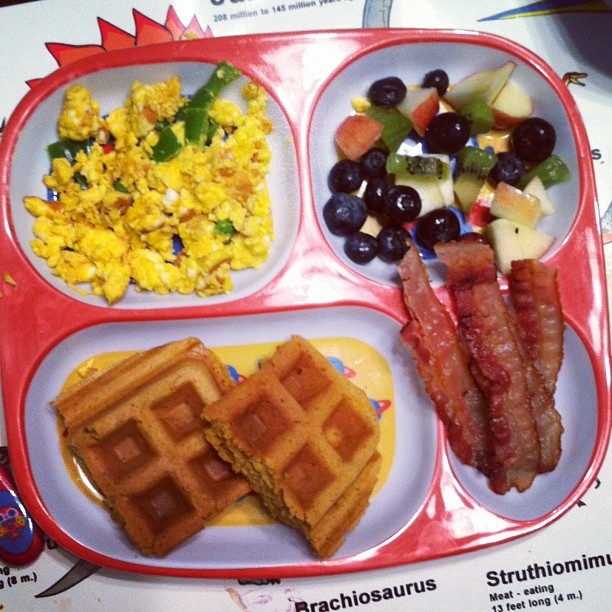 When Ollie went down for his 3rd nap, Landon and I colored and cut out eggs from our Craft A Day book to make a Easter garland for the mantel. Then Ollie was up again and played in the floor with Landon while I started up dinner. Landon requested eggs and waffles…so eggs and waffles were made. Ollie even enjoyed a piece of bacon with his sweet potatoes and green beans! Luckily the stars aligned and Landon ate everything happily. We finished up with snuggles and nursing on the couch for an episode of Kung Fu Panda. 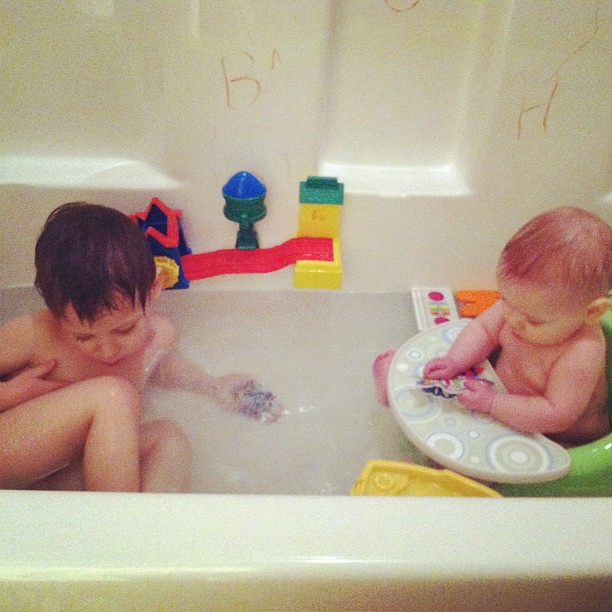 Then I got both boys upstairs and delegated. Landon would feed Ollie while I ran the bath and read stories to both of them. Then it was fun times in the tub while they made each other giggle and Landon made sure Ollie’s toys didn’t float too far away. I dried them both and got their jammies on. Landon sweetly played in his bed with trains while I sang Ollie his bedtime song and put him down. Stories and songs for big brother topped off the night with sweet hugs and kisses.

You may be wondering why I documented such an “ordinary” day but to me? I mommed the shit out of that day. I could have said “fuck it” and put on Netflix all day and vegged but I decided to pull up my big girl panties and carpe diem or some thing like that. We had fun. We made memories. I even peed in some bushed because the bathrooms were locked at the park. SUPER MOM!

We all need to stop looking at Pinterest and TV to prove we are “mom enough”. Some days you kick ass at your “job”. It’s ok to shout it. Pat yourself on the back. We need to take credit for doing a great job sometimes…even if it is a mundane day. You rock, mama. Go ahead and toot that horn 🙂 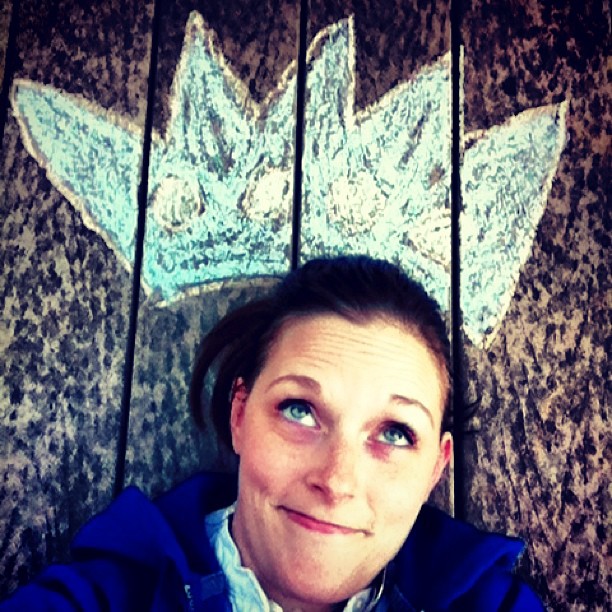 My Child the Chatterbox

10 thoughts on “Tooting Our Own Horns”