about us building a better you facts about me raising kidlets working mama
April 12, 2013 Brandy 6 Comments 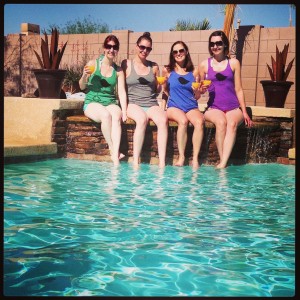 The past few months, I have felt like I have been on auto pilot. Not unhappy. Not stressed out. Just stuck in a rut…of all kinds. Everything just running as it should…just nothing really exciting. Get up, feed the kids, go to work, pump, feed the baby, pack up, go home, make dinner, do bedtime, make bottles, make food, pump, bed. Rinse and repeat. I needed a shake up. This past weekend, I got it.

What started as an iMessage full of snark formed into a group of girlfriends I could never dream I would have. Then that magically turned into a girls weekend to officially meet…and that? Turned into a life changing event. JACKPOT

We call ourselves the The Thread after I wrote this post. A thread as in the string of texts we send 24/7. A thread through us all that keeps us connected, no matter how far away. A thread…that needed to be spooled. So this past weekend, we left our “forts” {where the men folk held it down ::GASP::} and headed to Arizona to finally be in each other’s presence. But per the usual, my counterparts have beat me to posting about this with much more beautiful prose: 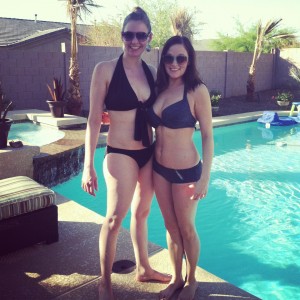 But I thought I would take my turn to explain how this all started. Back LONG ago, I had a little blog on blogger.com. It was a family and friends portal for baby and pregnancy updates. I didn’t really share it. Didn’t post on Facebook or really even use Twitter to promote it. Then one day, I got my first comment from someone I didn’t know. I was ecstatic  It was Kat. She apparently was hitting the “Next Blog” button on Blogger and BOOM. I fell into her lap. We have read each other’s blogs since. We both started writing for Liberating Working Moms and chatted often over IM and email. I think we bonded most when she went their her miscarriage. A month later, I got a message she was pregnant again. I was the second person to know. A week and a half later? I saw 2 lines and ran to IM her the exact same thing. We bitched together over pregnancy woes and even FaceTimed after appointments. Ollie and Reese are 8 days apart and we get to share each moment “together”. Awesome. Also note how well the pumping and nursing has paid off in the picture over <—thurr. 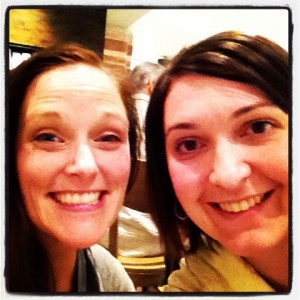 Then when I joined Twitter,  I stumbled upon @babe_chilla. I can’t remember how but it was just after her daughter Everly was born so I am guessing about 3 years ago now. She was in the throws of infant sleep. Tweets in the middle of the wee hours crying for her to go to sleep. No naps. I had been there. Oh how I had been there. I remember her being one of the first “internet people” I actually FELT for. Misery was that feeling :(. I have watched Everly grow into a crazy, cooky little girl and it has been amazing. We really got close, once again, writing for Liberating Working Moms. We chatted about topics, graphics and just stuff in general. She slowly got added to my work IM, then my phone and the rest is history. And look! We aren’t strippers! 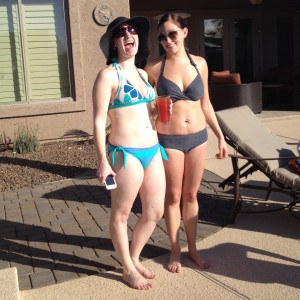 Higgy came along from my girl BA. She started following me on Twitter and throwing hilarious rhetoric one after another. We quickly were gchatting throughout the day and even started Liberating Working Moms the same week. I helped her get her blog onto her own hosting and am, in general, the main tech guru around these parts. She was one of the first people to know about my pregnancy and stayed excited for 9 months with me. Last summer, my awesome friends flew her to me for my baby shower and I am forever in grateful. It was a taste of what a close knit group of girls would be. We needed more…

So we met. We did realtivly nothing but enjoy each other. We got up early to savor the few hours we had. We sat and talked for HOURS. We snacked. We drank. We did what moms never get to do: NOTHING. There were no sippy cups to get. There were no babies to feed {well we had to pump}. There were no bedtimes to orchestrate. No fights to break up. There was no one else to take care of. With that said, we were all still moms to each other. I made sure we always had water. BDbleE made sure we were drinking. We all made sure our phones were charged. Katherine even grilled us delicious turkey burgers. We had never met and we ran a household like we were lifelong sisters. It was amazing. Just plain amazing.

We are already planning another trip. We all went home refreshed and crave it already. And speaking of home, that went swimmingly as well. Fun Fact: this was the longest I have EVER been from Kevin, Landon and Ollie. I have never left Ollie more than about 9 hours. Landon and Kevin for about 3 days. It was a big leap for us but it went incredibly well. I knew Kevin would do great. He is a rockstar Dad but I know we both get so used to each other being there to tag in. It is a daunting task but it always works out. It was a nice break from MAMAMAMAMAMAMAMAMAMA baby. I swear he now wants Daddy more and gives him the biggest smiles when he sees him. I think they needed this too…maybe just without all the bottle washing….

So I’m back and refreshed. I am still busy at work because it’s Spring and that’s what we do but I feel so.much.better. I am not feeling overwhelmed where it tries to swallow you. When I feel overwhelmed now, I just think “I can do what I can do. ” I don’t live in a world where everything is make or break. I am surrounded by reasonable people who know life is tough. Like this week, they called me from daycare and Ollie had a fever. I made the best of it. we went to the Dr. {ear infection} and took him home to nap. After he was up, we went to Target and he giggled while getting to sit like a big boy in the cart for the first time. See? Roll with it. Don’t freak out. My friends can help solve anything. 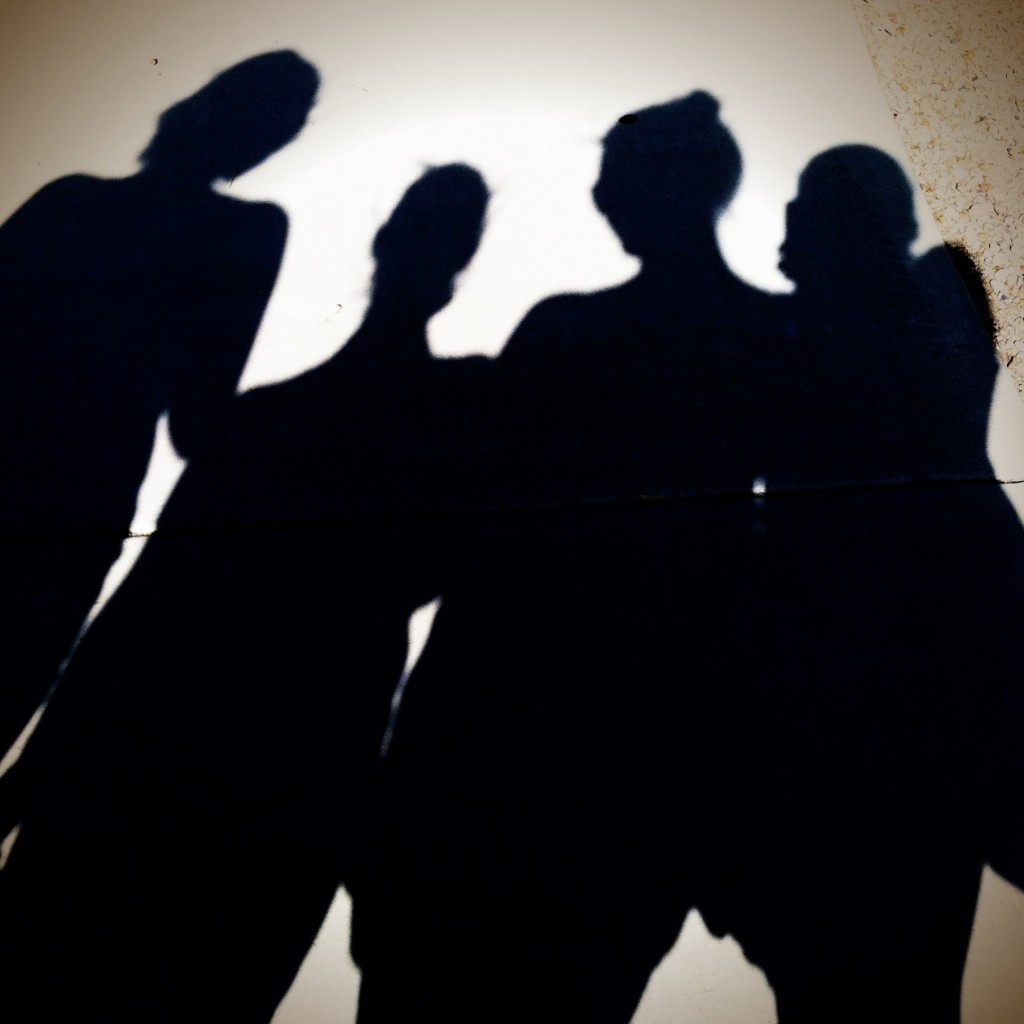 Sidebar: This was my first ever “pump all day” experience. I pumped in my seat on the plane twice and in the Phoenix airport twice. I dualed pumped with Kat every day(her baby is 8 days older than Ollie). It was hard work and especially since I don’t produce a ton. But Kat has a nickname of Lilmissmilkguns for a reason. She sent me home with over 100 oz of milk for Ollie. Is that not a sign of a true friend? That is love.

Cherish Your Moments with BooksTo.Me {Review}

Crayons are my nemesis

6 thoughts on “The Reset Button”