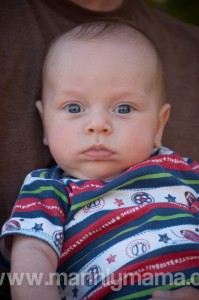 WE MADE IT!!!!! We are out of the “newborn” phase all in one piece. Oliver is growing like a weed and loving daycare. Our work/school routine is in place and we are all chugging along. We still get lots of bonding time because I get dropped off with him before 8 to nurse before daycare, come over at lunch and then back at 4 for the ride home. I never go long without seeing him. It helps me really take a break in the day too. I can’t do much when he is cooing and laughing at me. With that said, he LOVES to talk. He starts nursing and gets enough to satisfy him and then pops on and off to chat and smile. It is bordering on frustrating at times honestly. Sometimes I don’t have 45 minutes for him to talk :).

The colic seems to have faded and no more mystery tummy trouble. I also have been gluten free for a month…so maybe that is helping as well. I am keeping it up until his 4 month appointment and then talk to the pediatrician. I have done a few dairy challenges and haven’t seen a change in him. I plan to try some more after this first little baby cold is out of the way. I think I might could actually have some cheese! WOOT! We did have chocolate gluten free cake this week and I think I narrowed it down to the cause of him spitting up like crazy! He was sent home for “throwing up” at school but never had another symptom. I didn’t have cake that night and the next day he was fine. STUPID CAKE!

His sleeping has gotten much more consistent. No sleeping through the night but I don’t really care about that as much as consistent. He usually wakes around 11-12(sometimes earlier if he gets out of the swaddle or poops) and eats. Then again around 4ish to eat and back down. we have had a few 1 feeding nights but usually the 2. He goes back to sleep after eating…so the lack of fighting is just such a welcome change. We are still working on napping. School and home are WAY different but that is just the way it is. They have him for their time and they do what they need to. He usually naps around 4 times on the weekends per day. He goes down pretty easy…now it is just working on length. We can get anything from 30 min to 2.5 hours. We use methods of CIO mid nap to usually at least get us an hour total. It works for us. He is different than Landon was but a lot of that could be that Landon was tummy sleeping by now already and out of the swaddle. Who knows. I am just happy to be sleeping in my bed!

Ollie is a happy little guy and loves hanging with his family. He watches Landon and Jack like a hawk. He loves standing (for real, we barely give him something to lean against) and loves the bear on his carseat. Most evenings we are rushing home to play in the front driveway with Landon and Ollie comes along either in the Moby wrap or just sitting in my lap. We hit magic hour this week and I ran for the camera. Here is what we got. Say Hi to Captain Blue Eyes. 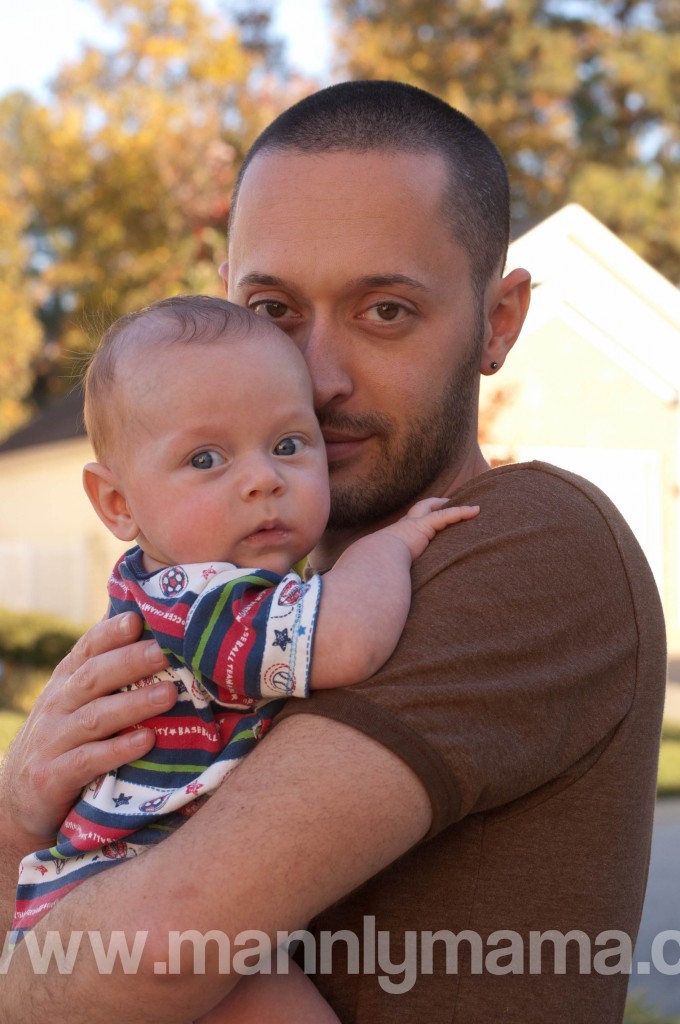 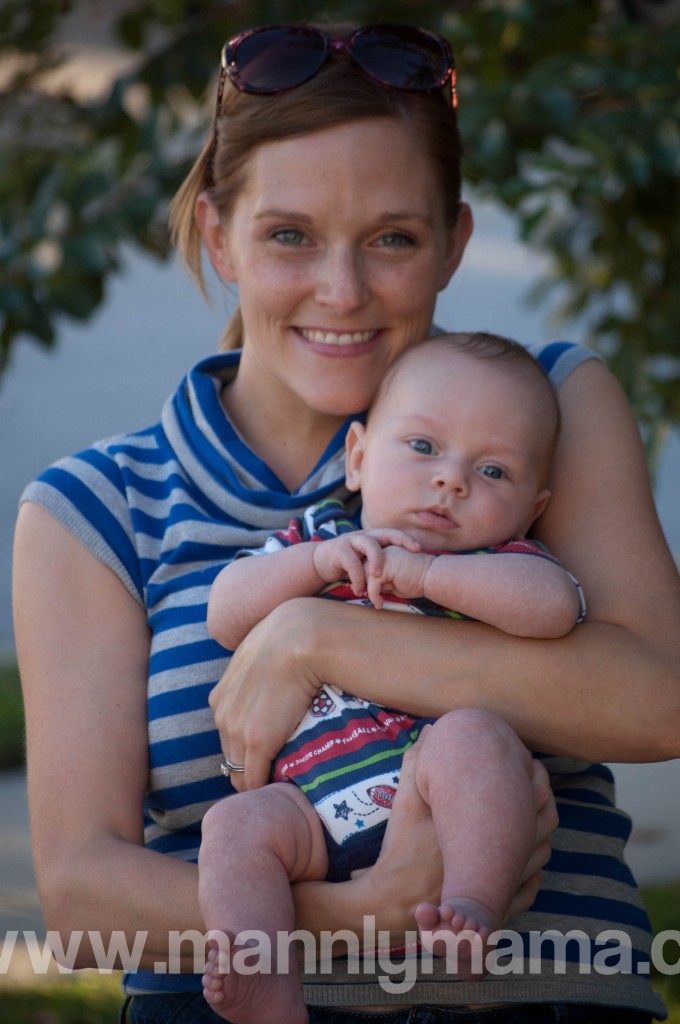 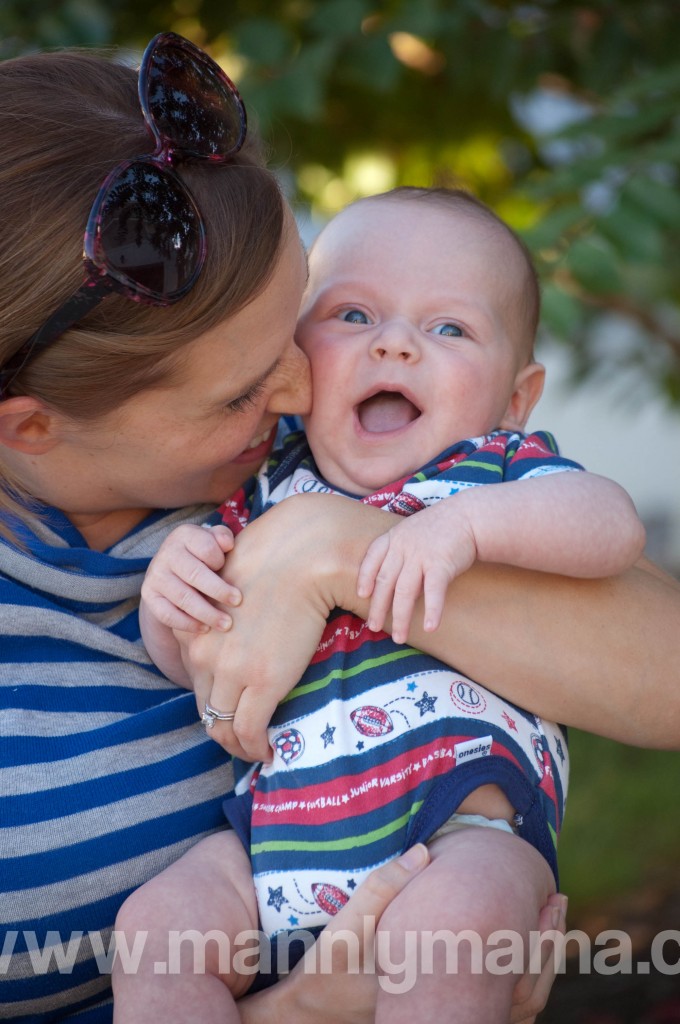 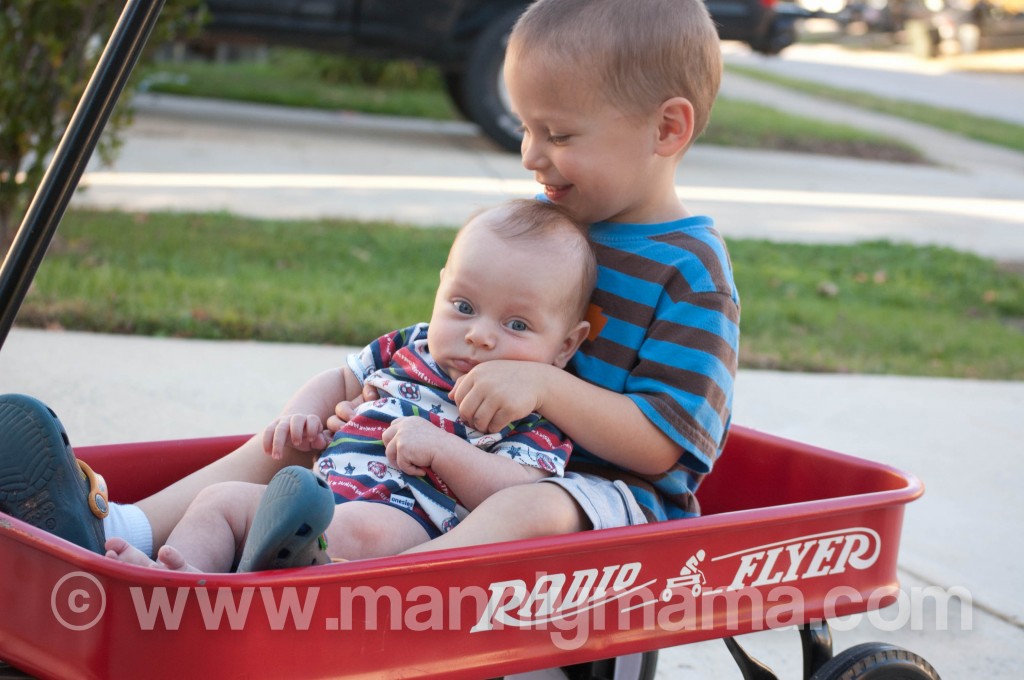 Toddler Dinners: Attack of the Leftovers