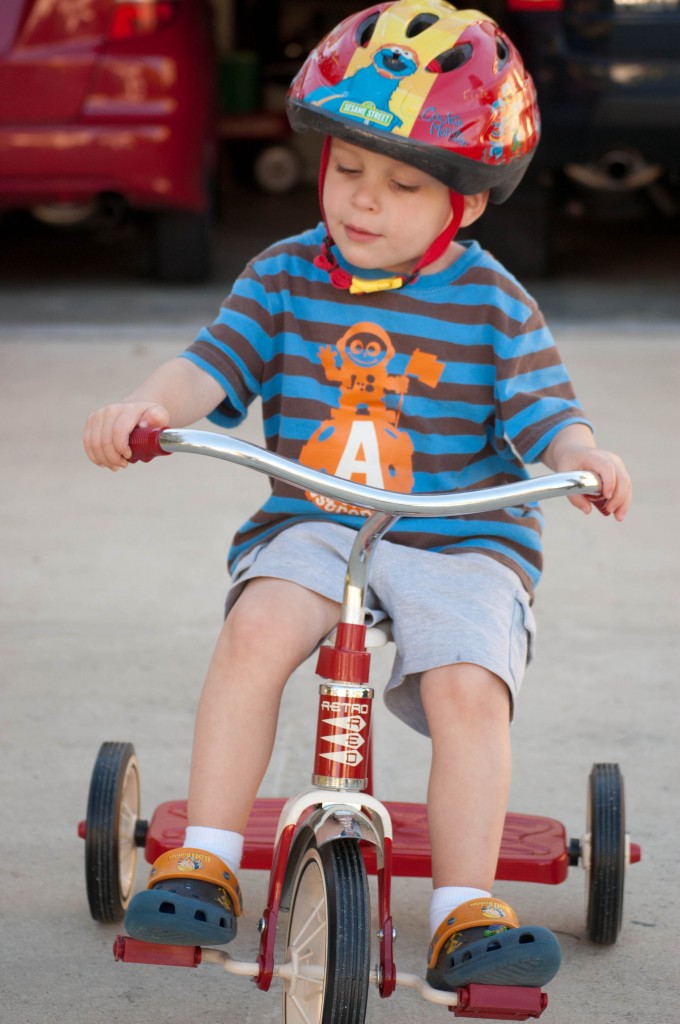 Such a short post title but filled with so much…what’s the word? CHAOS. 3 has hit are house for about 4 months now. The limit pushing, the yelling, the violence…the RAGE. Oh boy it is strong. The toy throwing, the hitting, the screaming, the “no”s. It is constant. Transitions from one activity to another suck. We plan ahead as much as we can but it is still touch and go. We set timers. We compromise. It.is.exhausting. It doesn’t help that I haven’t slept more than 5 hours in a row…in say…um…maybe 6 months?

If that wasn’t enough, the lying has started. “Mommy Oliver woke me up”. Nice try kid, Oliver didn’t cry out and each time he was up, I checked on you and you were OUT. LIES! This was the most recent one where we realized we are screwed:

Landon: “Mommy I go potty so I get candy?”
Me: “When?”
Landon: “Right now with Daddy upstairs”
Daddy:”Nice try buddy. You didn’t go potty”

Innocent enough but SO SCARY. I had no idea it started so early. WHY YA GOTTA BE SO SMART, KID?!

Now before I get the “well it is because of Oliver” remarks, I need to point out I know I am not alone. Other friends with 3 year olds? Without siblings? SAME THING. TERROR! So while I think Oliver might have a bit to do with it, I don’t think that has hit its peak yet. Oliver is still very little threat. He sleeps most of the time and doesn’t take toys. Since we work all day, they only interact for maybe 2 hours a day tops. A little time in the morning when we are having breakfast and Ollie plays on his mat, the drive to and from school and then while we play in the evenings before dinner. I try and just strap Ollie on me or Kevin and we play as usual. Everybody together. He still wants to play with him because he is “soooo cute”. He hasn’t asked to send him back or even put him down to attend to him. So far, so good. I know this will end at some point 🙂 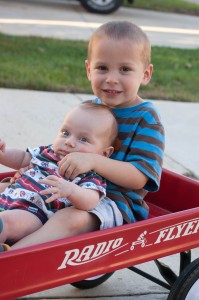 But I guess to flip it around, 3 is kinda awesome. The learning. The communication. The ability to do something for himself. Like this weekend, he woke up saying “my throat and ear hurts”. We walked into the doctor and I didn’t even have to speak. He told them and sure enough, ear infection. He is starting to GET TV shows. He has always loved Blue’s Clues but now he knows what is going on. Trying to figure out the puzzle. Talking to the TV. It is really neat to see. He loves recognizing letters and practicing them. The independence is nice too. Knowing he can go upstairs and get him clothes and come back down alone, priceless. While I am feeding the dog and Oliver is crying and chaos is at hand, I can ask him to help…and he usually can. He can feed the dog. Let him out. Go to the potty. Wash his hands. Pick out clothes. I keep thinking if he was 2 and I had a baby, I would be screwed. I couldn’t watch him as much and who knows what would happen.

So yeah…3 is full force here and we are bunkered down for the storm. When does it get better? College?

Infant Dinners to Toddler Dinners: How We Drop Bottles

He fought the bath and…we won