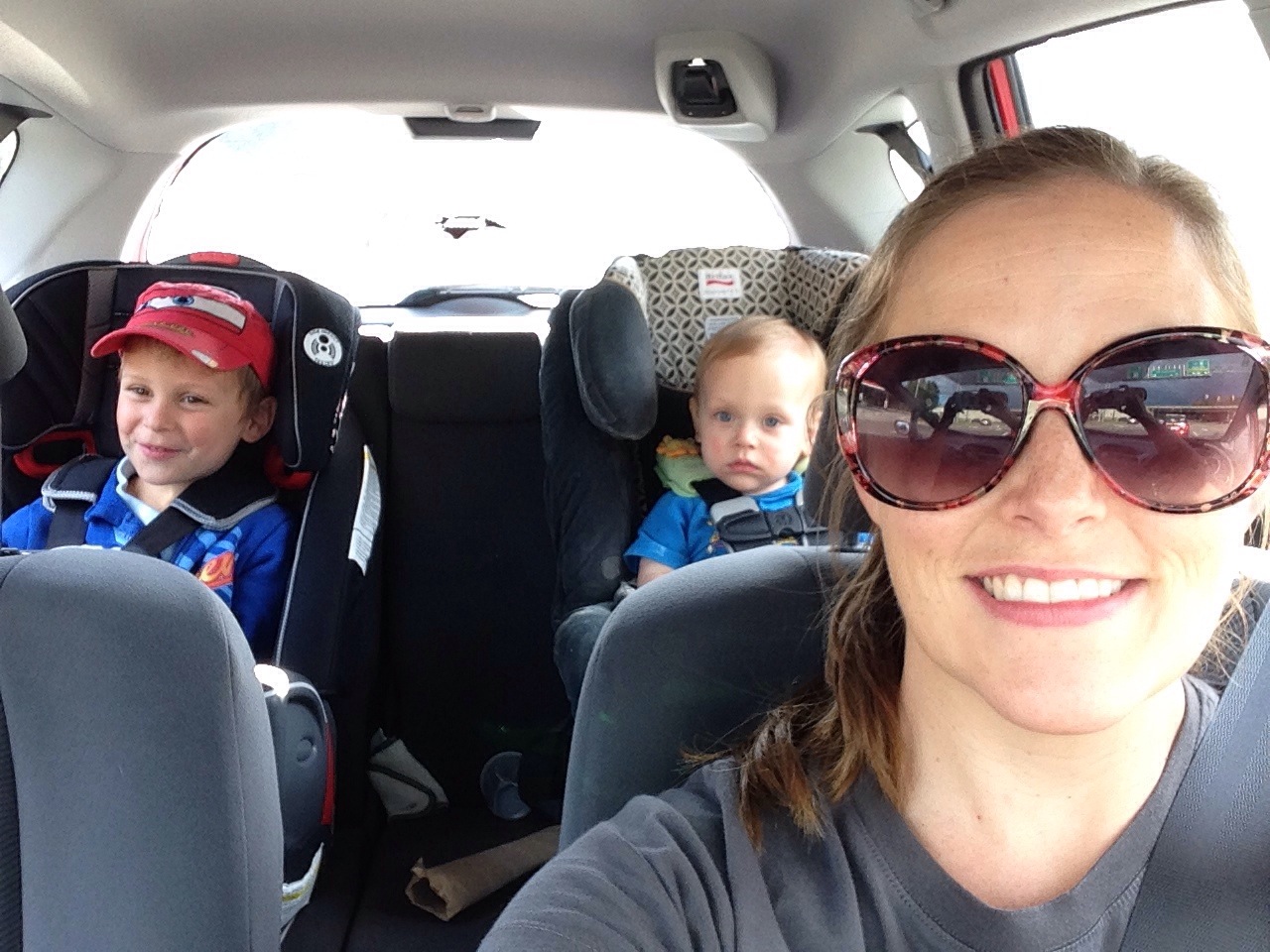 Hi. I’m Brandy and I failed at extended rear facing my child in his car seat. For those of you not aware of such things, extended rear facing refers to keeping your child turned around in their car seat for as long as possible. If you know someone very strongly pro extended-rear facing, you have probably been subjected to a YouTube video and mountains of case studies. It’s safer. It’s a fact. American Academy of Pediatrics recommends up until age 2 minimum.

This came out after I had Landon. He was turned around at age 1. Since then I had read all the reports and knew the safe choice. With Oliver I was going to keep him in that seat for 2 years. Done.

But then the screaming started. A 15 minute ride to work was torture. He ripped off shoes and threw them. Toys everywhere. Nothing made him happy but 1 Macklemore song. I am reeeeaaalllly tired of that song. But 15 minutes? I could handle. Then after work we would pick him up and then drive to get Landon. He would scream while you waited. Then scream the 20 min home. If there was end of day traffic, lord help us. But again, we would just turn up the radio and Landon would hand him toys…we could make it. But then came trips to the river. 2.5 hours in the car. He wouldn’t fall asleep. He would just stay awake and whine and scream. By the time we got either to the river or home, we were spent. Done. Vacation started with a shroud of raw nerve endings.

So 2 weekends ago we were going to the river again. I knew I was going to be on edge. I told Kevin to turn him around. So we did…and while he didn’t sleep like we hoped, he was happy. He could see us. We could hand him toys. Pull his feet. Play peekaboo. He would just watch out the window. Glorious. He has been turned around ever since. To and from work has about 80% less screaming. Now it’s just for us to take his shoes off for him.

But I write this because it was a difficult decision…and probably not a popular one with some of you. And I am ok with that. The point that stuck in my mind was one day the screaming me was making me so angry and flustered that I concluded me driving in that state isn’t very safe either. I would rather have my wits about me and having a positive car experience over trying to just hang on for dear life until we got home. Once again, what works for my family.

So when did you turn your munchkin around and why?

I Make Free Stuff for Teachers. Come and Get It.

30 thoughts on “I failed at extended rearfacing”