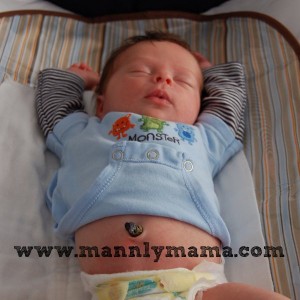 Not the cute little grunts and sighs. I wanna talk about the wonder of white noise and lullabies that won’t make you want to slash the tires on the bus that goes round and fucking round.

I personally believe Landon is such a sound sleeper because the amount of noise we got him used to from infancy. His room is above the garage door. His room literally shakes when we come and go. I remember early on thinking we would never get to leave the house. He was on a super early bedtime of 6pm. What were going to do if we needed to go get dinner or something?! Slowly we got over it. Kevin would leave while I was nursing him in the room and I noticed he didn’t even flinch when it went. JACKPOT! We kept it up and to this day he sleeps through pretty much anything. Dog barks, door bells, fire trucks, thunderstorms, fire alarm chirping madness (cuz you know that shit happens at 3 am EVERY TIME), fireworks, false alarm on the alarm system, music, talking, etc. For all of this, I credit our efforts in desensitizing him to sounds.

We are heavy proponents of white noise for sleeping. We learned early on that Landon loved harsh noises. Vacuum cleaner was the best .99 cent iTunes download I have ever purchased. It has to be the hands-down most played track in the library collectively from every iPod we owned. We would blast it at him in restaurants with a portable iPod dock into his car seat. We would listen to it on loop in the car EVERYWHERE. At night he sported a white noise machine on various sounds…and still has the same machine to go to sleep to now (Dolphin got his own). When we are away from home, we have white noise apps on his iPod that we just stream. Don’t have an iPod? FM radio on static. VOILA! We are never without it…and honestly he doesn’t need it to go to sleep anymore…just helps buffer noises.

The reason this all came up again was our daycare tour for Dolphin. The one and only thing they asked of us before him coming was to make sure he wasn’t used to sleeping in dead silence. We already knew this of course but she said it was kind of a problem when new parents brought in their babes into louder environments. At Landon’s daycare, they actually played music constantly right where they slept. This was to help cancel out the noise of the ones playing in the other part of the room. We even asked for copies of the CDs to use at home. And through those CDs, we discovered our other weapon of parenting infants…Rock a bye Baby!

A collection of albums of modern artists in lullabye form. It ROCKS. If you haven’t heard it, you are kind of missing out. Just last week I was checking out the new albums since Landon was a baby and caught myself listening to them in my office for fun. So soothing! Here are just a few they offer:

They really make you not hate kids music.  I actually was showing their albums to someone at work the other day and I caught myself still listening to it. It really is super relaxing and makes you smile when you hear a new one. I remember nursing Landon at lunch one day and heard “Livin on A Prayer” and started giggling. I am honestly super excited to listen to the new albums with Dolphin. 🙂

And last minute bonus, they have all the albums on Spotify!!!!  Hooray! So go and find your faves. You might need it for timeout when you wanna strangle them. 🙂

Cracks in my Rose Colored Glasses of Pregnancy