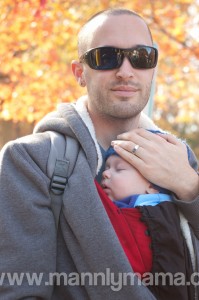 It’s that time again. Time for things to change in baby land. On Thursday afternoon I got an email from The Wonder Weeks letting me know that Oliver was getting ready to head into a Wonder Week. Here is the gist of week 12:

During the first year, your baby will learn things that adults find so natural and simple that they no longer notice them. But for babies, they are the most complex things they can handle and therefore their ‘peak experiences’. The perception and control of ‘patterns’ is followed by the ability to perceive ‘smooth transitions.’ That enables your baby to move less stiff and robotic. That new ability is also reflected in the way he plays with his voice, and is the reason that babies love to play ‘airplane’, with them in your hands as they ‘fly’ across the room, making steep dives and rising again.

Because of my awareness of Wonder Weeks 5 and 8, I now know what to look for when they arise. I know that shit is gonna be cray for a bit and there isn’t much I can do about it. In that same regard, it isn’t something I am doing that is causing it either. That, I think, is the most comforting part. He has to get through it to develop and we just have to help him through it as best we can. There will be crying…but it has a “reason” to my messed up brain. If I didn’t know about this milestone I would start thinking we had nursing issues, sleep regressions, and just be batty. And we all know what batty gets me!  SHINGLES. And FUCK.THAT.NOISE.

So on Saturday, the weird eating pattern showed up again. He would start eating and then pop off and on the rest of the “meal”. Not really fussy but just wanting to chat or get my attention and then pop on for a few sucks and back off. SO AGGRAVATING. Naps all day were short and restless. He is getting better at crying it out but he would sleep hard for 30 minutes and then just be restless in and out of sleep the rest of the chunk of time. Poor guy.

Then Saturday night he was up SCREAMING every 2 hours. Not the usual, “hey mom, I ran into the side of the crib” or “hey I’m kinda hungry here”. Nope. The wake-from-a-dead-sleep WAIL. Once again, I didn’t let it get me down, I just nursed him every time (though he didn’t eat much) and put him back down. I knew it would work to get us as much sleep as we could get. Sunday? Back to the usual 2 feeding routine.

He has still had the funny feedings but I just roll with it. I know he is getting enough. He is generally happy. No need to stress out. He still gets 1 bottle at day at school and does just fine. If I feel like he didn’t nurse well in the evening, I make a bigger bottle for him to have after bath. His napping is a bit wonky at daycare but HEY IT ISN’T MY THING TO STRESS OVER! Hooray!

Now with all this crazy I have also seen the changes they mentioned:

Examples of what your baby may be able to do after going through this leap:

If it isn’t clear, I am totally buying into this concept. I know reading parenting books can make you crazy but I feel like this one does the exact opposite for me. It says “hey woman, chill the fudge out. Shit has to hit the fan before he can learn new things”. They explain it as a concept of waking up one day and your world looks totally different. You have to learn to adapt to it…and that is what they are doing. This is a much better answer in my mind than “It’s a baby” or “It’s a phase” as blanket statements. Cause and effect. It helps me. The book really goes in depth in explaining the milestones, what to watch for, how to help them really make the most of it and even a section from other moms who got frustrated. I think that is my favorite part really. Seeing those “me too”s. The honesty when you are so frustrated with this little being when you know you shouldn’t be. The guilt. It is stifling sometimes but it is nice to read you aren’t alone. Turn it around and see that your baby is scared of his new world and take the cuddles. We have worn him more for the past few days to make him feel safer. I hope it is helping.

So go get the Kindle edition for your phone, it will help keep you sane when you are feeding the kid for the 4th time in the night and don’t know why. It may just be a Wonder Week. 🙂

P.S. Thanks to all the moms who pointed me to this book. BIG BOOB SQUISH!

More Cute Photos of a Baby