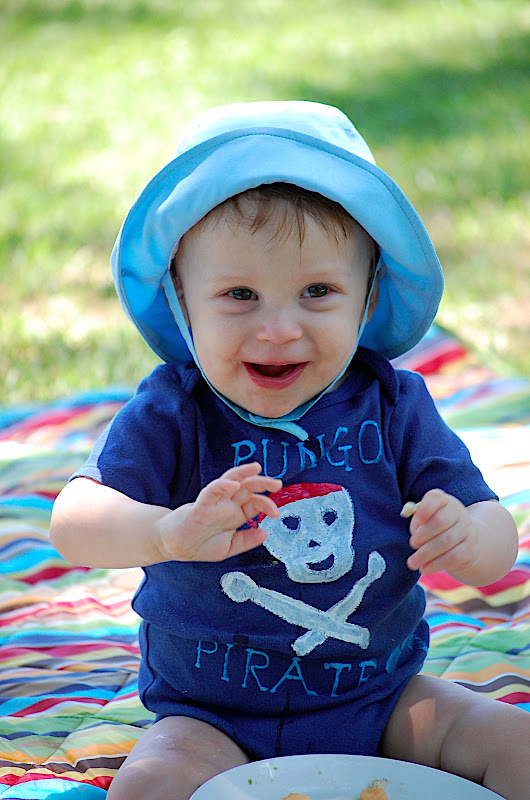 We just took a vacation for the week of the 4th at the river. It was relaxing…for the most part :). We had the usual parade and games on the 3rd as well as an AWESOME water slide. It was fun for young and old. I came out with 2 bruises and clipped a child or 2 falling down the steps but it was worth it. Landon watched the slide and came with me in the “splash zone” at the pool end. Next year he can get more into it I think.

The rest of the week was just whatever we wanted. We played and fell into a nice routine. LT woke up around 6 am…I nursed him in bed for maybe and hour with us both dozing off. Then we got up for either wagon rides around the neighborhood or backpack rides with dad. We visited the chickens and ducks at the Powell’s and he got a kick out of all the puppies everywhere. He would then eat breakfast and then go down for nap. Then up for some swinging! Lunch and then pool time! We had quite a few “code browns” so I am just not sure how people go to community pools 🙂 We would be screwed. He even played in the river some and one day he got his own tube to sit and play in. He was known to play in the water 2-3 times a day. He just loves it.

Anyway, i don’t think we have excited stories but a few little notes:

1. We saw a bald eagle chasing an osprey.
2. I fell off a float into a giant jellyfish.
3. I ordered the first thing off the menu for Landon at a restaurant(carrots and green beans).
4. We did lots of skiing and I didn’t bust my ass.

In Defense of Butts

Family Shoot as a Family of 4