Well not really but you ya know I needed a catchy title. Originally my plan was for Landon to be a dinosaur. I got a costume from someone on the bulletin board at work and I was all set. Then Saturday happened. Some back story, Landon got hand, foot and mouth and then proceeded to get us all sick in some form. Mine was just a yucky cold and Kevin’s turned into a sinus and ear infection. So my Friday afternoon, we were exhausted. Pretty sure we went to bed at 9. Hooray! Anyway, for Kevin’s birthday, his parents thought about us and our poor yard and said they would help us put out mulch. Saturday morning rolls around and mulch is coming….6 yards of it. So Kevin and his dad unloaded and did it all. It looks fantastic and no more muddy feet for Jack Jack. Anyway, that left me to play toddler wrangler all day. He was a PILL. We tried to go to Target to just have meltdown after meltdown in the store over everything. So back to Halloween, we had a party at 4 and I wasn’t even going to attempt to put him in that dinosaur outfit with a hat and junk. Not worth the battle. Friday I had picked up a little greaser t-shirt at target as a back up outfit…and I was glad I did. We suited him up with that, some cuffed jeans, and spiky hair. Voila…our little punk rocker: 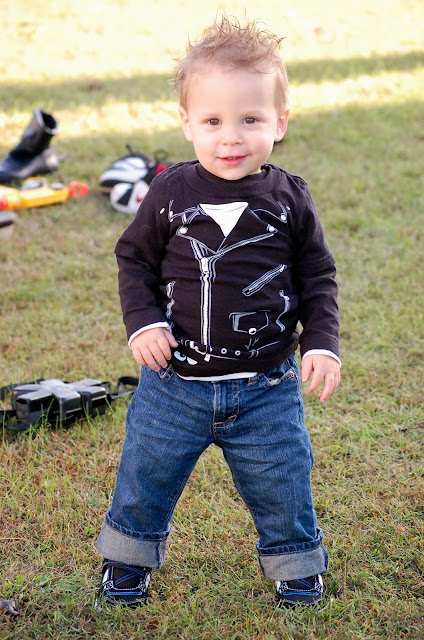 WE went out to Fuquay to Kevin’s co-worker’s party. We attempted to feed the toddler who never eats and played around. He loved watching the big kids play and Rodney’s little girl Krista was a favorite. She played with him and he was just smitten. She even brought him a guitar: 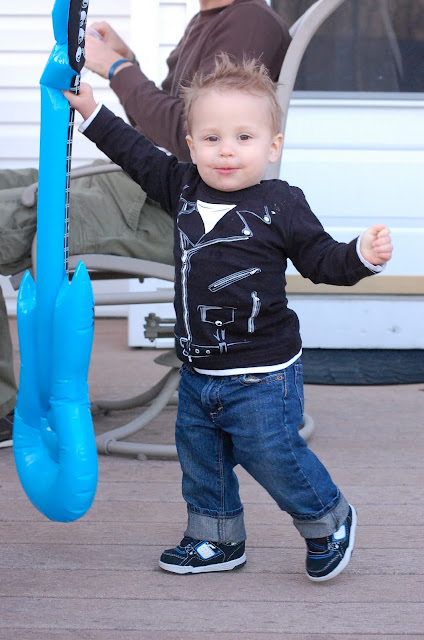 Kevin and I went as Dexter and one of his victims. I thought abut this outfit for a few weeks and really wanted to do the fake NUDE thing but couldn’t find a cheap solution. I decided to just wear tight black and the saran wrap. I am glad I did…I got enough weird looks with just the saran wrap! Some people knew who I was, others probably just thought I was whoring it up. Who knows… 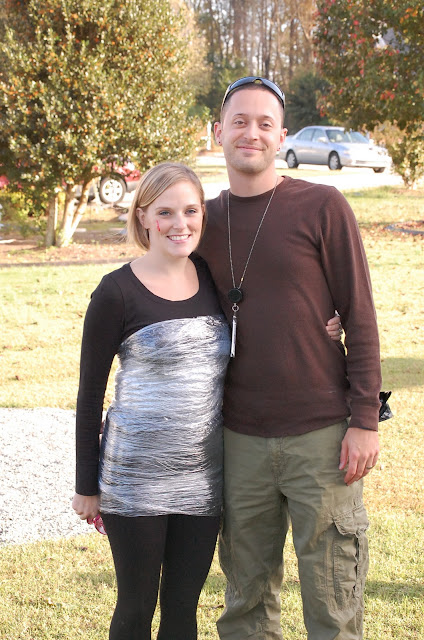 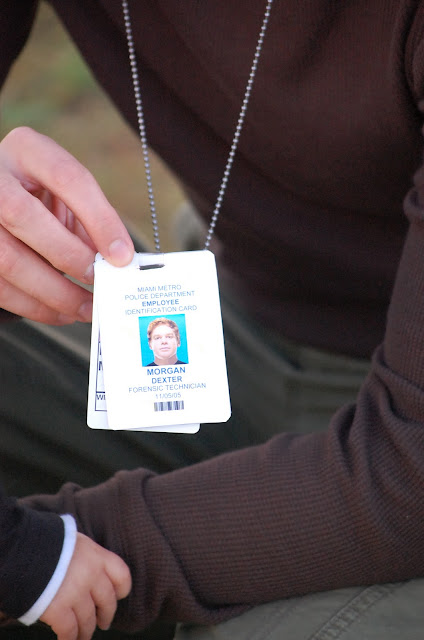 Sunday, Landon and I headed over to my friend Jen’s for a little pre trick or treating. We sported a mohawk this time. He once again had fun watching the big kids and chasing the dog dogs. He also played a little cornhole :). 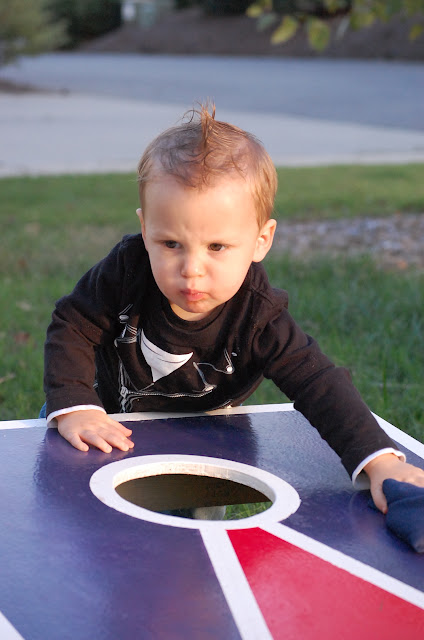 And one more for the road: 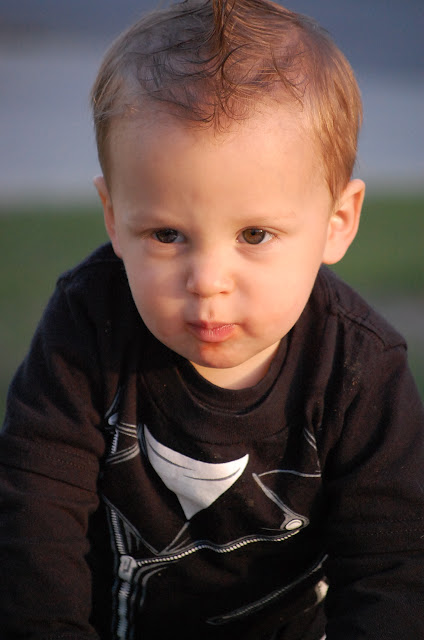 Check out all the photos here.