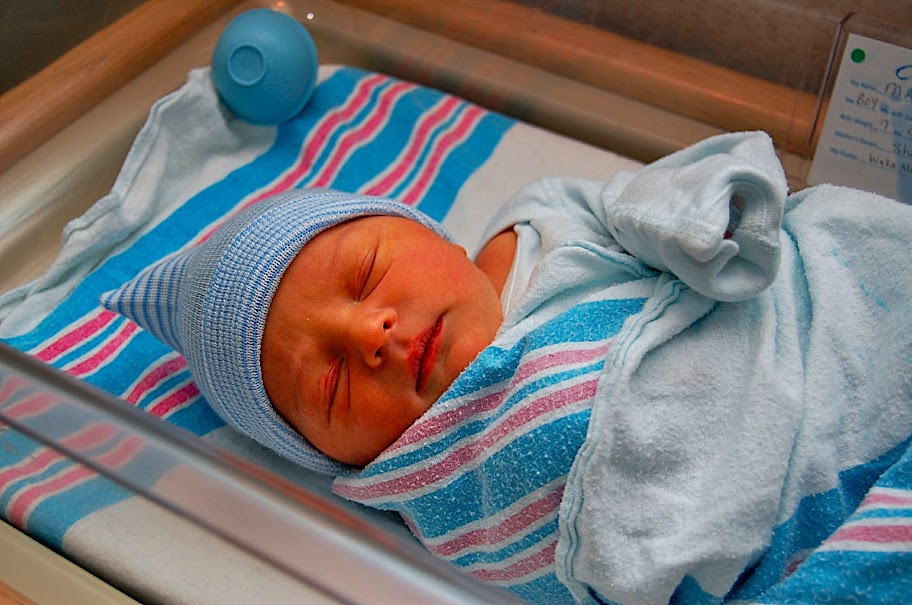 Swaddling. Either families love it or hate it. We have loved it. Both boys have been happiest swaddled early on. Thanks colic! Their startle reflex was pretty bad. They never could lay flat and fall asleep unless there had been rocking to get them there and then you only got until the next cycle kicked in.

With Landon we learned the glory of the premade swaddles with velcro. We used Summer Infant ones. I never could get the hang of the Miracle blanket and doing it with a blanket took too long. He was burritoed up for every sleep early on. Then? I found out his daycare wouldn’t allow swaddling because of the loose blanket rules. CUE NEW MOM PANIC!  He will never sleep! And how will he take being swaddled at home and not at school? Clearly he will taste freedom and never want back in! MY LIFE IS OVER!

News flash: It was fine. He was allowed a sleep sack at school. This became his sleep cue for all sleeps eventually. It also helped that on his first full day of daycare he rolled to his tummy and fell asleep for 4 hours. So while this was great on the no swaddling front, we were faced with a baby who REALLY wouldn’t sleep on his back. So we had to drop the swaddle cold turkey one day. Scary stuff, folks. For whatever reason, he would only roll over at daycare to sleep. It was maddening. Trying to put his little 10 week old self to sleep unswaddled on his back. He HATED it. He would slap himself and scream. Awful. One night we called uncle and just roll him onto his belly and never looked back. He slept like a champ and had perfectly good head/neck control. He is still a tummy sleeper for the most part.

Now cue Ollie. Another colic baby who loves a tight swaddle. His daycare does allow swaddling! Hooray! They use blankets and burrito them right up. I am told he breaks free constantly but whatever…not my problem! Velcro works just fine for us. Now with Oliver, while he liked being swaddled and needed it to go to sleep, he also seemed to enjoy fighting it throughout the night. This became his soothing mechanism. He would wake up, wiggle against the swaddle and fall back asleep. He didn’t cry or really make that much noise. Just wiggle. It was fun to watch on the monitor. 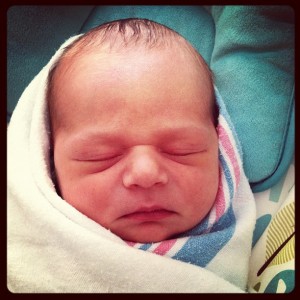 But then the wiggle backfired. He would wiggle until his feet hit the side and then WAHHHHHHHH. I don’t know if he thought someone was there and not attending to him or what. It wasn’t like whacking your head or something. Just a simple graze of the bumper would send him shrieking. I began setting him like a sundial. At bedtime I would angle his feet towards the back of the crib with his head in the middle. He always scoots left so it would take him longer to hit the other side. One night I did it so well that he did a 180. EXTRA SLEEP FOR ME!

Now while being happy while swaddled, he still fought to get those hands out. And the best part is that when he would get a hand free? FREAK OUT! DUDE! That is what you were TRYING to do. Why are you pissed now? I could hear the cry and know a hand was free. Little turd.

So a few weeks ago, he was fighting pretty hard. He also developed a love for his hands while playing. Chewing on them, sucking on them, etc. I took this as a sign that it was time to start phasing out the swaddle. Since I had recently made contact with an awesome sleep coach, I emailed her and said “when do you know it’s time?”. Here is what she told me:

“The age the medical community says to stop swaddling is around 14 weeks. That’s the age many babies start rolling over. However, I have many clients who have gone well beyond that. It really depends on your child. BUT, when he does start rolling over you’ll have to wean from the swaddle.

I like weaning with one arm out, then sleep sack. You can cold turkey it, too. Start at nap time then switch to night time. Either way, it takes time for your little one to settle in to sleeping without the swaddle.”

The day I emailed? Oliver turned 14 weeks old. He still hasn’t rolled over or really shown many signs. So that evening I swaddled him with 1 arm out for his dinner time nap. He sucked on his hands for awhile and then fell right asleep. I decided we should go for it and did the same at bed time. The night was just about like all the others. No more wakings than usual and he put himself to sleep a good number of times. WIN! He still seemed to wiggle trying to free the other hand so the next night, I put him to bed both arms out. FAIL. He tried for about 30 minutes to go to sleep but couldn’t do it. Reswaddled with 1 arm and he was out. Lesson learned.

So for now he is rocking one hand out. It seems to give him something to soothe with and still keep him snug. I am wondering when we take the next leap but a little nervous. Once you get a taste of sleep you don’t want to challenge that.

So what has your swaddle experience been? How did you wean off of it?

I Am The Luckiest