Life is busy right now. Really really busy. I hate not having time to write. I have 27 posts in drafts. That has never happened. I just get out of the shower and enter a title and a brain dump never to return. It sucks but it is what it is. I am not beating myself up over it…too much. My only real regret is not documenting the family goings on for future reference. Every once in awhile I see a post about Landon as a baby and remember why I started doing this. Even if it gets no traffic {yes, I watch traffic..I don’t feel bad about it} and no one else cares, I do. So I am going to try and be better about doing a monthly update about us all. 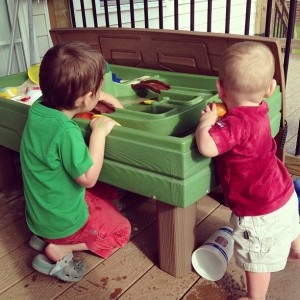 So that’s us. Soon I will come back up for air and get some new stuff out but for now I trudge along. Thanks for stickin around.