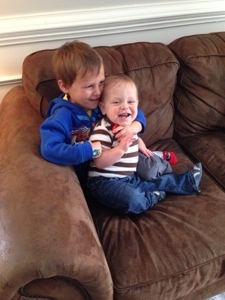 If there is one thing I strive for in parenting is to be gender neutral. Freshman year in college I took a sociology class in gender studies. It wasn’t an easy class. I read more in that class than any other in my 4 years. It opened my young eyes to the world of gender bias. How the “system” is set up. One essay was based on us going to a toy store. Holy shit. The marketing. It’s a travesty but I digress.

Having boys I knew I didn’t want to tell them no to anything deemed “girly”. We don’t refer to things are for boys or girls…ever. Landon loves My Little Pony and the color purple. He also loves monster trucks and everything Cars. No fucks given.

With all that being said, there are differences in gender. People denying that are joking themselves. These boys? All about wrestling and being rough. Butting heads. Throwing things. It’s uncanny. I often start to use the hashtag #boymom to describe such things but stop because some girls can be just as rough (not the average from my POV). I don’t want to pigeon hole girl moms into tea parties and pink just as much as I don’t want it assumed my boys will play football and only play with trains.

But when it’s 11pm and you are holding your son’s ::ahem:: man parts to aim to pee in his sleepy daze, you, my friend, are a boy mom. 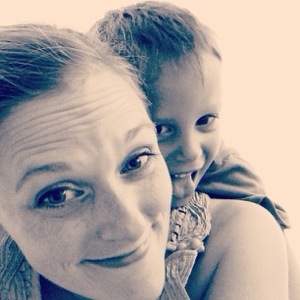 The River for July 4th

Merry Christmas from the Mann Clan 2012!