This week has been a crazy one. On Monday’s post I mentioned that Oliver started daycare part time but I didn’t also mention that it was Landon’s first day as an official preschooler! So instead of making 2 rambling posts about daycare, I thought I would combine.

Oliver started daycare on-site where Kevin and I work on Monday for some trial time. Because of the benefit, we start paying for his spot at 6 weeks so we might as well use it. This is a new world to us. Landon didn’t get on-site care and while both places are AMAZING, they are definitely different.

First off, the teacher student ratio is 1:3…but really it is even less. There is a floater that is in there a lot of the time. It is pretty awesome. I really like his teachers already and am excited to learn more parenting skills from them! I think the big change with this daycare is how it is run in general. Being on-site, they aren’t really a “business”. No one has to worry about getting new families (the waitlist is MASSIVE), landscaping, security, paying the bills, etc. Their whole focus is the kids. Which is awesome….and kinda strange in a way. They have been doing this for over 25 years and since we are so awesome to work for (they have the same benefits as I do as an employee), no one really ever leaves. Oliver’s primary teacher just got her 25 year letter of thanks! It is just so unlike a traditional daycare in those regards that it creates a different dynamic. They know what they do and do it. Old school, in a sense.

One obvious perk is the DEAL we get. I am not really supposed to talk about the cost but let’s just say it is almost a quarter of what it would cost me elsewhere. It is the number 1 reason we now have kids at different daycares. We couldn’t pass up that kind of savings. Next perk is location. Ollie’s building is literally behind my parking lot. That means I can walk over whenever and nurse him…so less pumping! When he gets older, that means I can go get him and take him to lunch with me or just play. I talked about that here with Landon and how I feel I missed the window for it. This also makes the concept of 2 daycare drop offs easier (yes, we will still carpool). Since Ollie is here at work with us, it isn’t really another stop. My plan is to drop him off and walk to my building while Kevin takes Landon to preschool. One big happy family.

So how’s it going? Great. We are on day 4 and I can already see him getting in the groove more each day. He is taking bottles like a champ. So much so that they were shocked how fast he takes them. His squealing while eating was a shocker too. Apparently no other babies have done that for them. It isn’t a pain squeal it is just noisy. He has done it since birth on me or the bottle. Each lactation consultant gets a good laugh from it. He is napping about the same for him with 20-30 spurts. He did nap for 45 yesterday which was nice.  I guess it is a relief that he doesn’t just do it for us at home. They seem to be getting him to take his paci better and that is helping all around.

Landon transitioned to preschool last week gradually but homeboy does awesome with change. He always ends up moving to a new class faster than the transition schedules paces. He tells me he misses his old teachers but he still talks with them through the playground fence each day and wants to say bye each afternoon. He loves the new centers in preschool and I think he is learning to like the extra responsibility. He has a job each day and has to makes more choices and face the consequences.

They are working on writing numbers and letters and apparently he is very into it.  This is pretty exciting considering the whole drawing meltdown thing. He also has a real computer with keyboard and mouse that he LOVES. It is so funny because we didn’t even put it together but he really hasn’t been around that. We have laptops and iPads at home. He has never had interest in the laptop and just does touch screen everything else. Crazy world!

He is still with his best friend Josh. They were put into separate small groups and L is making new friends already but those boys stick together when possible.

Overall I am still singing the same tune of my love for daycare. I think it is a defining point in being a working mom. Some moms can’t fathom someone else taking care of their babies and I can’t see how I can when they have all the experience. They know more tricks and tips for me. They have more patience. That is their calling and I completely respect and enjoy that. I don’t think I would be the mom I am today without the Landon’s teachers. I am always learning and so is he. He deals with more personalities and issues with them than I could ever provide no matter how hard I tried. They are just different when they aren’t with you. For good and bad. Thanks, daycare…you rock my socks.

Things I Love – Craft A Day

7 Years of This Guy 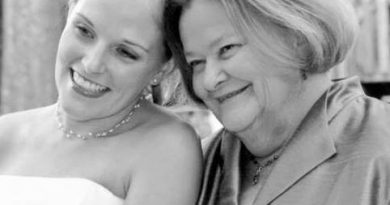 First of the Firsts

11 thoughts on “The Daycare Shuffle”