about us facts about jack
February 2, 2015 Brandy 2 Comments 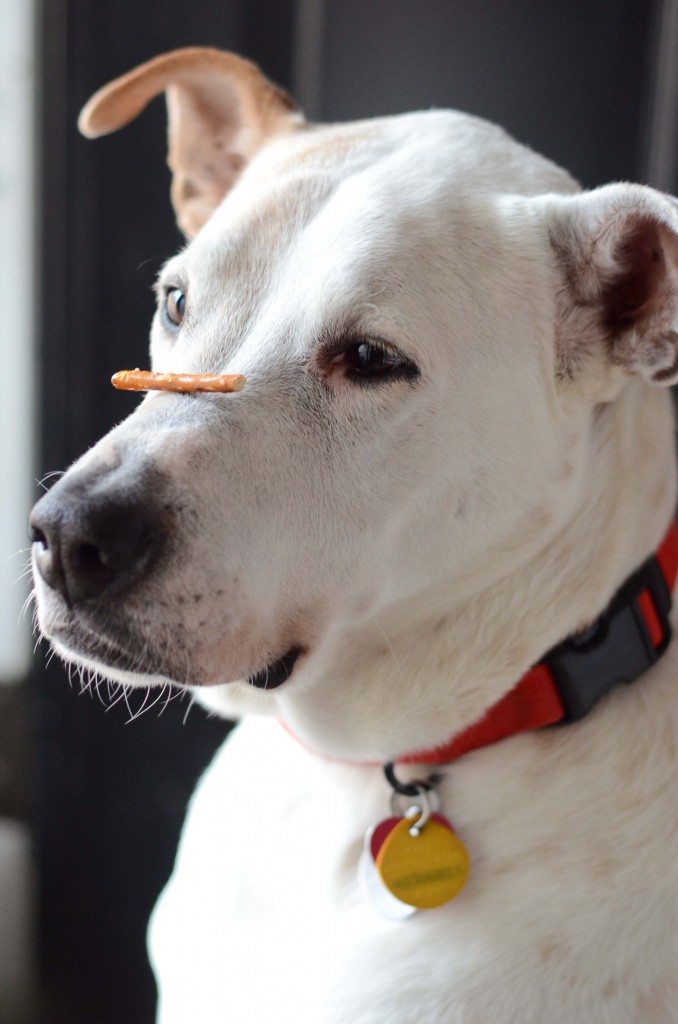 On Friday, Jack turned 10. Well we think he did. When we adopted him, we had no real idea when he was born. He was found on the side of the road with his brothers after their mom was hit by a car. Edward (scissorhands), Ichabod (Crane), Willie (Wonka) and Jack Sparrow. All little mutts of unknown origin. I decided January 30th sounded like good birthday.

He weighed 8 lbs, had a big belly and liked gnawing on you. “Jack Russell mix” they said.

The first vet we took him to guessed mixed with boxer. “25-35lb” they said.

Next check up, “um well maybe something bigger. we have no idea”. 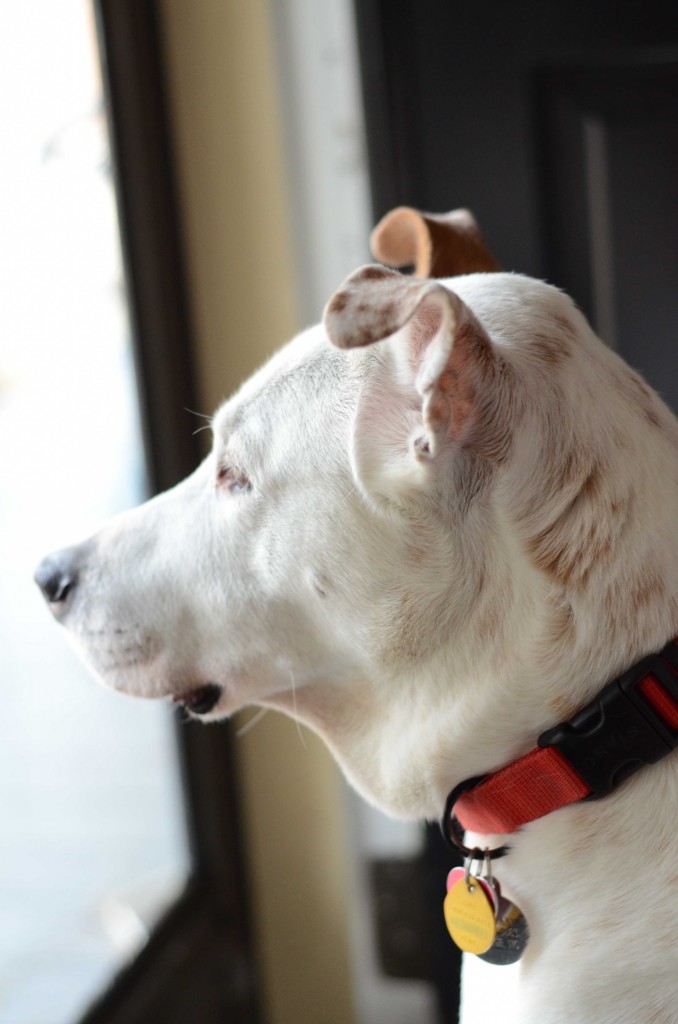 Jack Sparrow Mann topped out at around 75lbs. He stands like a horse and looks so noble you would swear he had a breed. Pointer, Pitbull, Boxer, Greyhound. We’ve heard it all. His chest is literally the size of my waist and his waist is the size of Ollie’s. He is terrier no doubt because of his sense of need to chase and kill small animals. He has “ticking” like a Jack Russell or Pointer. We’ve never had him tested because all the tests we looked at didn’t have those to test against…so we figured we would just save our money. He’s fine by us. That’s all that matters. 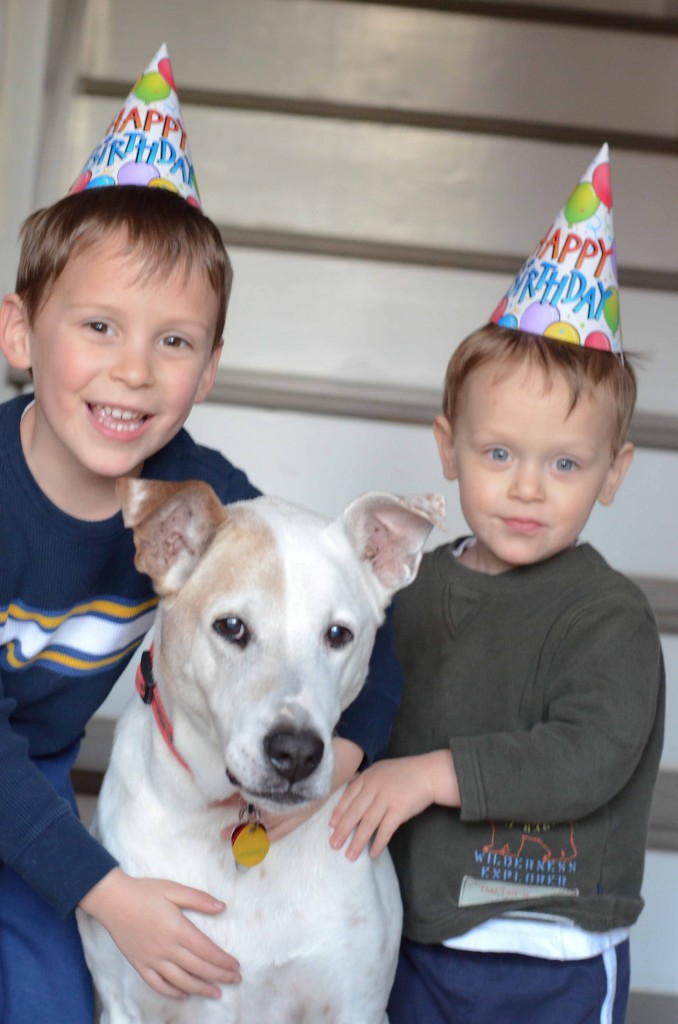 He loves his brothers even if he acts all “whatever”. Landon snuggles with him often and was super excited to help me with a project. A 10 year birthday party. We would need some fancy dogs treats, a balloon and of course, party hats. We coupled it with the Super Bowl and sang him happy birthday. He got a new ball, a cow leg bone and an elk antler to chew on.He went on a long walk with Grandmommy and even posed for pictures for me.

He is still spry for a 10 yr old dog. He spends most of his days lounging but if we take him to chase or to walk, he goes all out. He loves swimming and tug. The only telltale sign is his white speckled brown spotted eye that used to be all brown. He is still sensitive, wearing his expression on his face just like his mom. He knows when he is in trouble and can even “smile” when he is excited. 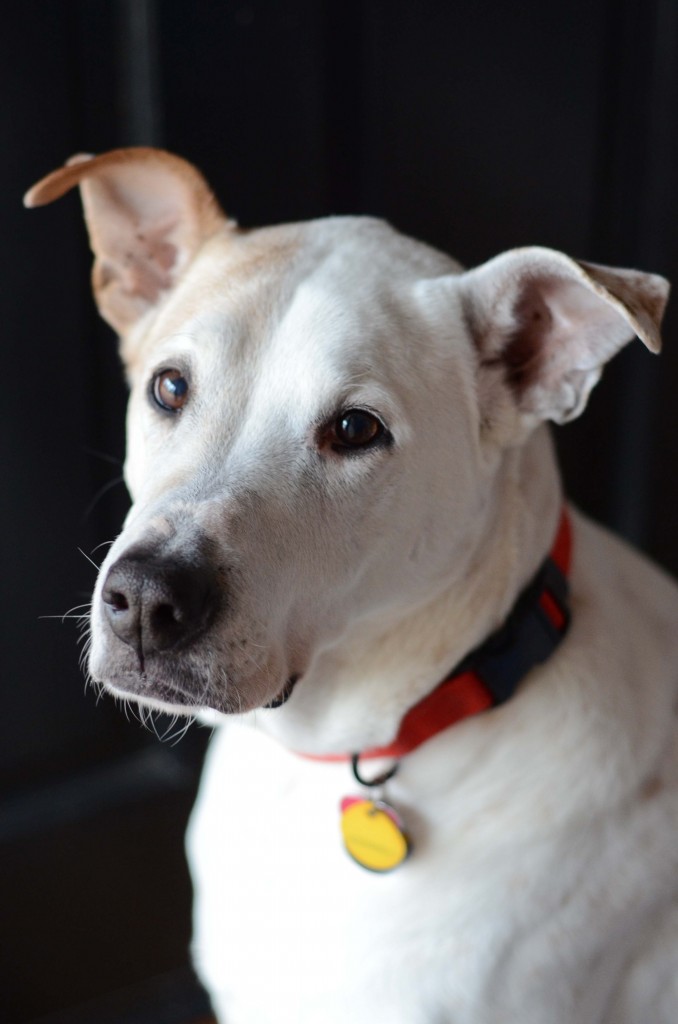 How To Get A Pregnancy Glow Without A Fetus