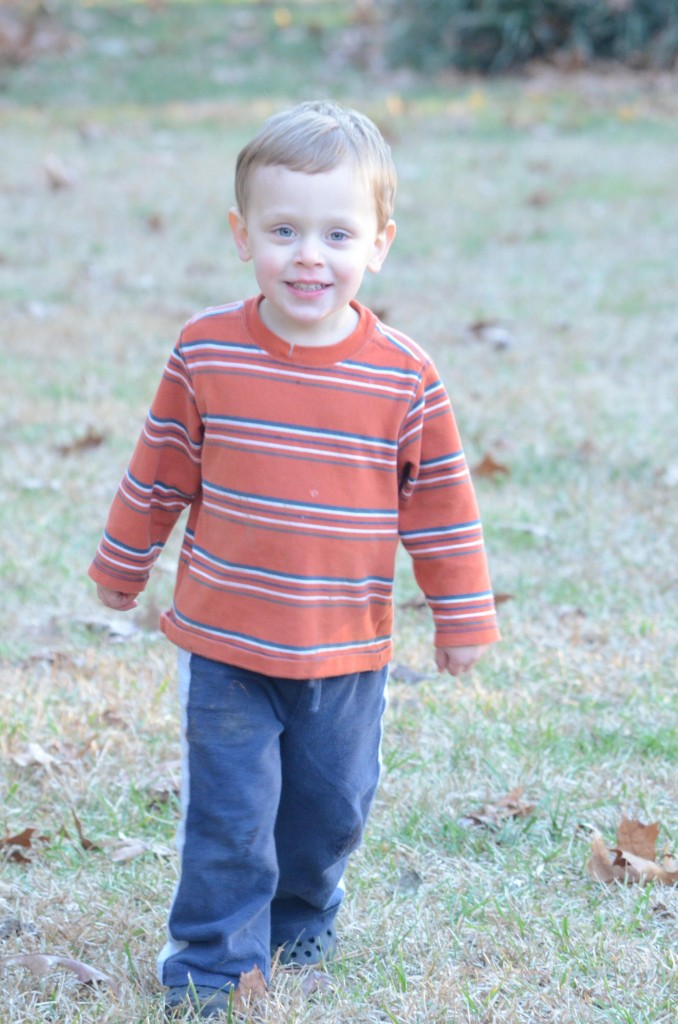 Ollie is officially 2.5…going on 5. I’ve admitted this to some lately but this is honestly my favorite age. Partly it is seeing the contrast with his brother. When Landon has complicated emotions about fairness and being frustrated at something tough, Ollie is just 2. He gets mad at stupid shit and I don’t feel like my every move is making or breaking his development. The meltdowns can be sidestepped with a shiny object or “hey Ollie can you help me go upstairs and get XYZ?” Redirection is so EASY with 2 year olds. I am also remembering this same stage with Landon. I loved it then too. I am waiting for 3. It’s coming….woooo boy is it.

An update from my previous post: Ollie is potty trained. Like fully. We are kinda blown away. He has learned to pee standing up (THANK YOU JESUS) and just goes on his own. We still try to watch to make sure he does everything right (aim) but he is golden. He will get up while watching TV, playing a game, in music class, at nap…and just go. He doesn’t wait until the last minute. He can even hold it when needed like when mommy was carrying bottles of booze in the liquor store to hear “mommy i need to go pee pee”. WONDERFUL! He held it!

And get this…he has pretty much potty training at night. I am still gun shy and he will be in pull ups for the foresable future, but I am waking him around 10 to go and then he makes it dry until 7am. He does NOT want to pee in that pull up. Reminder….Landon didn’t do this until 4! So yeah…gun shy.

I took a big load of his diapers to the women’s shelter and have another big batch to go. Way to go, Ollie Beans!

Meh. Ollie is not the rockstar eater than his brother is. Not even close but I know it could be worse. He isn’t picky as much as stubborn. We just stick to our guns and he gets the food we serve and nothing else. He seems to enjoy breakfast the most, now wanting daddy to make him a fried egg in the mornings. We have found in the last month that he enjoys baked sweet potatoes so  we are having those more honestly to make sure he gets something. Most food is consumed via reverse psychology (Don’t eat my beans) or we get lucky. He seems healthy and fine, so I’m not even bothering with stressing about it.

Kevin and I were just noticing this recently but this kid is really smart. I mean all kids are, right? But he just kinda comes out of no where. Like we haven’t worked on shapes with him really but the other night he basically read a book about shapes to Kevin. All of them. Even ovals. He can do 24 piece puzzles with no help in minutes. The other day he was just babbling and then counted to 10 in Spanish. Tonight he joined in our nightly game of Zingo. And won…and we didn’t let him win. Well, alrighty then.

I think this is a couple of things. a) being a little brother b) just being intelligent c) montessori. His 2 yr old class is noted as the most montessori at SAS. Almost jokingly so. Mrs Maria and Mrs Dana are miracle workers. Every day we go to pick him up, he is usually sitting on the floor with some activity (puzzles, manipulatables, blocks). The minute he sees us, he says “MOMMY!” and then proceeds to excitedly clean up. Everything. Roll up his little mat. Put his things in the baskets. All of it. Just pure routine. It is like watching a cartoon where the characters just magically clean up things. 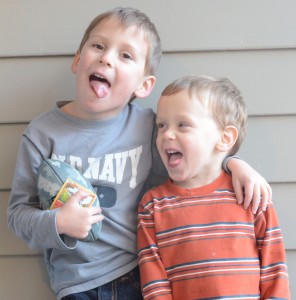 They are true bros. There is snuggling and super heroes and rolling down hills in the grass and chase and light sabers and hide and go seek. They are learning to help each other. They share (most of the time). I’ve caught Landon drawing things Ollie asks and Ollie bringing Landon toys. Then the next minute they are fighting. They say ‘thank you’ and ‘you’re welcome’. Landon helped him even pull down his pants to pee outside one day. With pointers and everything.

They LOVE to wrestle though. Just rough as they can get until someone ultimately hurts themselves. It’s so predictable. Ollie will run like a wild boar at Landon and knock him over. It’s…something.

All About That Beans

Cracks in my Rose Colored Glasses of Pregnancy