Yup…that’s my baby…9lbs 5 oz. That is 10 oz in 6 days people! This kid is growing like a bad weed. We had just a little appointment at the doctor today. We had a weight check and talked with a new doctor(we are still rotating). She was really nice and spunky. I like her! Anyway, LT’s umbilical stump still hasn’t fallen off so she put some silver nitrate to help it along. Apparently sometimes the skin starts trying to regrow instead of just die. He is one of those lucky ones. 🙂 It has been kinda gooey down in there…GROSS. She also noted that around the 1 month mark, babies can fight sleep. I swear this child is text book. He is so active during the day. Michele and I were noting he probably is developing his brain faster than his body and is frustrated he can’t do much. He is calm active for about 20 minutes and then it turns to fussy. Sometimes I get lucky with a swing, bouncy seat, walking, paci, etc. But most of the time, screaming. Anyway, good to know it is just a usual phase. As for calming techniques, walking on the treadmill with him swaddled yesterday was like kryptonite. He was out by the 2 min mark. Also carrying him in the moby wrap and walking works well…except it makes us both really hot. Cmon Fall!

Well that is the update for now. Maybe if we have a happy period this afternoon, I can get some fun photos.

P.S. He is sabotaging my attempts at tummy time because he freakin rolls over to his back. In like a split second…grrrr. I am trying to record it but he is so darn fast! 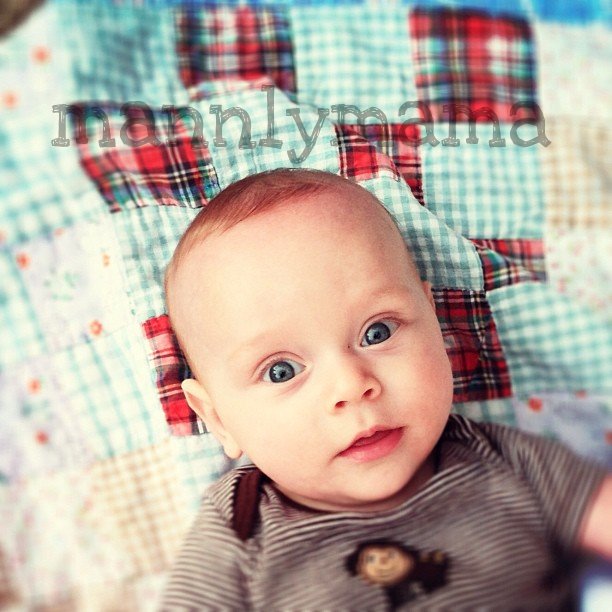