Ever since Ollie stopped looking like a blobby newborn, people have claimed he is my spitting image. I’m not gonna deny it. He looks just like I did as a baby. We have the same eyes. Same hair color. Same expressions. It’s uncanny sometimes. 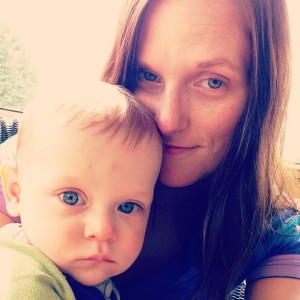 But with the looks comes the personality. He is a daredevil. The messy one. The one to get into everything. The one to look for trouble. Me. Me. Me. Me. Right now, it is just comical but I know what’s coming. In a few years, we are going to be at each other’s throat. He is going to pout and give me the silent treatment and say “nothing” is wrong. He is going to push the boundaries on everything. I will see it coming sometimes…and sometimes I won’t. It ain’t gonna be pretty. Wanna know how I know this? Because someone else has a spitting image too: 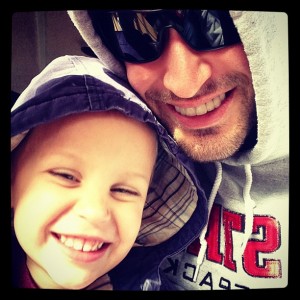 The brown eyes. The course hair. The smile lines. Landon is Kevin. We didn’t notice it as early on as with Ollie but he is his daddy. And along with all of those physical traits, they are the same people. Landon is almost 4 and asks for a bib. He hates getting his clothes wet. He is cautious {most of the time} and teeters on the scared and uber confident line. He is Kevin…through and through. The ycan push each other’s buttons like no other. Landon starts the whining the minute Kevin walks into his room in the morning. there is no reason…just pissy pants. I can walk in, and he is perfectly fine. They “AHHHHHHH” at each other and fight like no other. They are too alike. 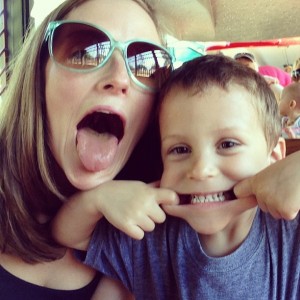 Because of all of that, Landon is an obvious mama’s boy. And after my 4 day trip away from them all, Ollie immediately fell hard into the daddy’s boy role. Soon after that trip was when he weaned from nursing and daddy took on the bottle role a lot. Ollie lights up when daddy shows up and leaps from my arms. I guess you can say we have the perfect balance. We can all talk each other down from the ledge in the future. We know how to team up on a hard day. We….have met our matches. 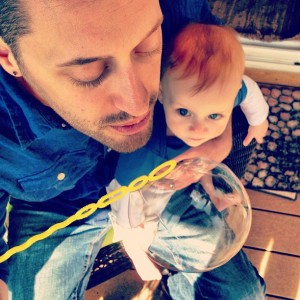 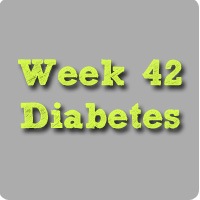 3 thoughts on “Everybody Gets One”