Next guest poster in the names series is Diane. I met Diane on the twitters. You can find her at @dianerin. When I tweeted that I needed funny name stories, she gave me this gem. I was laughing so hard and knew I had to share. So I give you Bambi..I mean Diane. 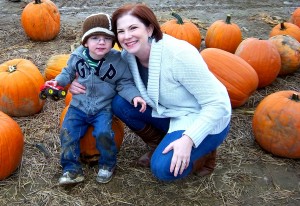 Bambi, Benji and Rudolph—those were the names my brothers and I were nearly saddled with—if my mom had gotten her way. No joke. It was the 70s and perhaps my mom had seen one too many movies but those were her top choices for names!

When I became pregnant I knew picking the right name mattered so I asked my mom how I got the name Diane. I didn’t know the Disney vault was about to open.

“I wanted to name you Bambi but your dad said no.”

“Bambi? Like the cartoon deer? Oh my gentle Jesus what were you thinking?”

“I thought it was a pretty and feminine.”

“What were you going to call Tom and Chris (my brothers) Thumper and Flower?”

“Tom should have been Benji and Chris, Rudolph—Rudy for short (because he was born on Christmas) but, again your dad said no.”

“Thank God! Did you watch a lot of Disney movies? Or have an animal fixation? I mean, I know there were only 13 channels back then but still.”

“I have seen the movies but I just liked those names, they just happen to be in those movies.”

Did she not think about the playground implications! Thankfully my dad stepped in and we got the standard issue names. Can you even imagine all the torture that saved us?

I started pitching names to my husband pretty much from the moment the stick had a plus sign. I was going to make sure that my kid got a name that would be free from torment. I was kind of surprised that my husband had such strong name opinions. After all, I was the one getting kicked in the ribs on the regular so shouldn’t I just get my way? We opted to table all name discussions until I could hatch a plan to get the name I wanted until we found out the sex of our babe. Right before Christmas we discovered we were having a boy. Again I started tossing out a steady stream of suggestions. Each name I rattled off, he vetoed. We agreed not to name after any family members, which initially I thought was fine, since I come from a small clan and didn’t take into account the fact that he comes from a massive family that seems to have 10 children on every branch of the family tree and we would be ruling out a ton of names! Sam? Nope–uncle. Landon? Nope–cousin. Kyle? Nope–cousin. Isaac? Cousin…and so on.

A few days before Christmas, we took a road trip to a big touristy light display. We did not bank on sitting in traffic for hours waiting to see an effing illuminated drummer boy, but there we were stuck in a neverending stream of cars. So while basking in the seasonal glow, trying not to go bat shit crazy we decided to make use of the time and name this baby, so we could announce the sex and name to our families at Christmas.

So how does a controlling, type A, list making, mama to be and her laid-back, sports coach of a hubby go about choosing a name for their child? Simple, we grabbed his clipboard and employed the great method of “bracketology” and made a name bracket NCAA March Madness style.

Ground rules: no naming after family, no odd nicknames, no weird spellings because if we ever got out of this damn line we could buy a Christmas ornament with the child’s name on it at the gift shop!

For every letter of the alphabet we each chose our top name that started with that letter. We then had to come to an agreement to pick just one of the two names to move on. The winning name for that letter would go head-to-head against another letter’s winner. Some letters did get eliminated right off the bat like “U” because I had no intention of naming a child Ulysses. We just kept repeating the process of weighing one name against the other, round by round, until we came down to two final names that we just couldn’t eliminate and we could both get behind so it would be win-win either way. Since I was doing the “heavy lifting” so to speak I got to cast the final vote.

So that Christmas Eve we announced our son would be called Benjamin Casey…you can call him Benjamin, Ben, and I will even let the occasional Benny slide but no one, not even my mom, is ever allowed to call him Benji!

One thought on “Bambi, Benji and Rudolph: Guest Post from Diane!”